Craig Calhoun has been President of the Berggruen Institute since 2016. In this capacity, he has developed the broad thematic agenda for the Institute.

Craig Calhoun has been President of the Berggruen Institute since 2016. In this capacity, he has developed the broad thematic agenda for the Institute. Focusing on Great Transformations in the human condition, brought for example by climate change, restructuring of global economics and politics, and advances in science and technology, the Institute will seek to connect deep thought in the human sciences - philosophy and culture - to the pursuit of practical improvements in governance and practical action. Calhoun is now guiding the Institute’s growth with new staff, networks of fellows, and teams joining in research and intellectual inquiry. These complement and inform its extensive networks of leaders from government, business, and intellectual life.

From 2012-2016, Calhoun was Director and President of the London School of Economics and Political Science, where he remains Centennial Professor. He led major efforts to strengthen LSE’s faculty and its leadership in interdisciplinary, international social science and public policy analysis; to upgrade the quality of teaching; to improve the campus and LSE’s relations to the city around it; and to enhance equity, diversity, and inclusion. He set records for philanthropic fundraising two years in a row and established important new centers and institutes studying inequality, philanthropy and social entrepreneurship, and global affairs and enhancing LSE’s connections to major global regions from Africa to Asia.

Earlier, Calhoun was for thirteen years President of the New York-based Social Science Research Council (SSRC). He initiated projects on a range of themes including religion and the public sphere; understanding 9/11; humanitarian emergencies; the global financial crisis; housing policy; media, technology and culture; the next generation of African social science; HIV/AIDS; privatization of risk; the history of social science, and improving the effectiveness of researchers’ public engagement.

Calhoun has also been University Professor of Social Science at NYU, where he founded and directed the Institute for Public Knowledge and was earlier Chair of the Sociology Department. He previously taught at Columbia University and the University of North Carolina, Chapel Hill – where he served as Dean of the Graduate School, founding Director of the University Center for International Studies (now Fedex Center for Global Education), founding Director of the Program in Social Theory and Cross-Cultural Studies, and co-founder of UNITAS, an experiment in cross-cultural living and learning. He has held honorary chairs or been a visiting professor in Asmara, Beijing, Berlin, Bristol, Khartoum, Oslo, and Paris and has been honored for his teaching by awards from students at UNC, Columbia, and NYU.

Calhoun’s research has ranged broadly through social science and related fields addressing culture, social movements, education, communication, religion, nationalism, the impact of technology, capitalism and globalization, and combining critical theory and philosophy with both contemporary and historical empirical research. He has done empirical research in Britain, France, the US, China, and Africa.

Calhoun is the author of several books including:The Roots of Radicalism (2012) on the 19th century origins of modern political movements and Neither Gods nor Emperors (1994), which examined the student movement behind the 1989 Tiananmen Square protest in Beijing. In 2007 he published Nations Matter, which predicted rising nationalist and populist challenges to cosmopolitanism grounded in a highly unequal global economy. With Immanuel Wallerstein, Randall Collins, Georgi Derluguian and Michael Mann he wrote Does Capitalism Have a Future? (2013), now translated into seventeen languages. He is also the editor of several books, the author of approximately 100 articles, and the former editor of two scholarly journals, Social Theory and Comparative Social Research.

In recognition of his contributions to social science research, Professor Calhoun was elected a Fellow of the British Academy in July 2015. In 2014 he received an honorary doctorate from the Erasmus University in Rotterdam, which recognized him as “one of today’s foremost social scientists.” Among his earlier awards were an honorary doctorate from La Trobe University in Melbourne, Fellowship of the American Association for the Advancement of Science and the American Philosophical Society, two ‘best book’ prizes from the American Sociological Association, and invitations to give numerous prominent lectures, including the Tanner Lecture in Philosophy and the Willem Aubert Lecture in Sociology. He is a member of the Council on Foreign Relations, was named an Einstein Fellow by the City of Berlin, and elected President of the International Institute of Sociology.

Calhoun received his doctorate in Politics (with an emphasis on Sociology and Modern Social and Economic History) from Oxford University, following previous study in Southern California, Columbia, and Manchester Universities, mainly in Anthropology. He is Co-Chair of the Board of the American Assembly and a member of the Board of the MasterCard Foundation and the Center for Transcultural Studies, and of the Council of the St. Paul’s Institute. 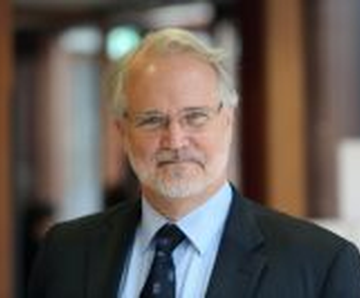